"The Barbarian Path" is a colony simulator set in 14 B.C. ancient Germania, were Roman Empire made first attempt to conquer it. You start as a small community of one of 5 major tribes and while game progresses your community grows bigger. Your actions will have an impact on a conflict which would be a reflection of global relations between clans.

To survive, you will need to constantly look after your colony, by scheduling their daily routines or by just getting the full RPG style control on individual characters. Providing food, clothing or tools would be essential, but also keeping them in good spirit by frequent interaction, prayer or music. Except for basic daily life items, producing weapons to defend your land will be crucial, as well as vehicles like wagons or carts which will help transport bigger items, or just travel to other parts of Germania.

Your colony will be frequently visited by other groups, but sometimes their intensions might not be friendly. Bandits will try to rob or kill you, so to learn how to deal with them would be a crucial skill. Later during the game your lands will be attacked by Romans. As you progress with your skills, you will manage to fight them by organizing ambushes and battles. Actions like this would help you to gain respect and reputation, which could promote you to become a noble or even king.

*Characters are described by health statistics, skills and attributes.

*Sectors which allow you to gather necessary resources to build structures and produce daily life equipment to survive.

*The social ascpect like conversation, prayer and music which is necessary to keep your characters in good mental state.

*A real time combat including ambushes, big battles and pillages.

*The reputation system which allows your characters become nobels or even kings.

Windows Defender is kicking back a virus warning While I'll assume that isn't the case it would be best if you deal with it.

What virus warning is your defender signaling?

Downloaded the file again today and not getting any problems now. No idea what's changed in the last week but all is good.

Game is packed with sfx to reduce size, so WDef can spit some warning, but I tested it and there is no viruses/malwares. Btw did you play it? Any feedback? Would you be interested to play full version? Thanks for reply.

So i played the game for about 10 minutes, firstly Don't make the game quit when pressing Q. let the player pan the camera with A and D (left & right). I would also strongly recommend changing the font you are using, its very hard to read and its going to put off a lot of people. Remove the use of the middle mouse button in general gameplay its not a common key and its a little troublesome to use constantly.

So now the game, I love the idea of the game but I think the whole control scheme feels very out of place for a village sim, I think it needs a complete redesign after fiddling about with it for 5 minutes I managed to harvest some flowers and reeds but couldn't work out how to build anything.

In its current gameplay state I have no interest in picking the game up again I didn't see anything that it does better than any of the other games in the genre.

Thanks a lot for trying the game, and for valid points and suggestions. I definitely have to rethink interface and other things, which have been pointed by some people. I am glad you like an idea. 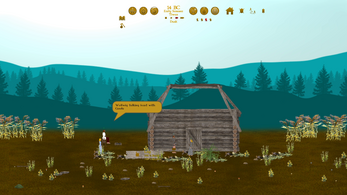 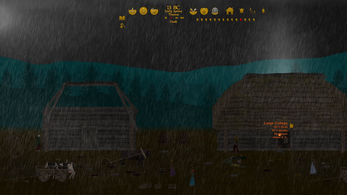 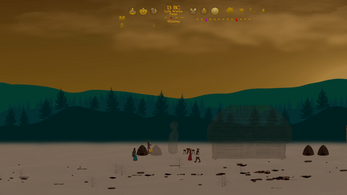 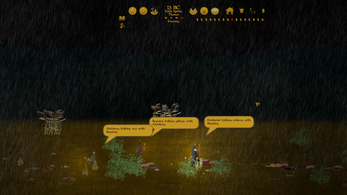 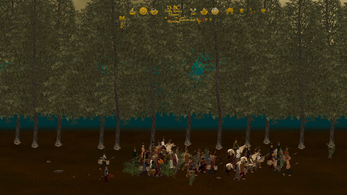 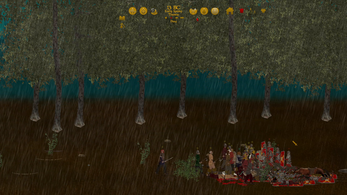